Imagine entering the airport of a country you have never been to and finding, in front of you, dozens of screens looping a commercial celebrating the police of the state you are about to enter. The effect could be alienating and the imagery could evoke other countries, with authoritarian regimes, rather than a democratic state and one of the founding states of the European Union. 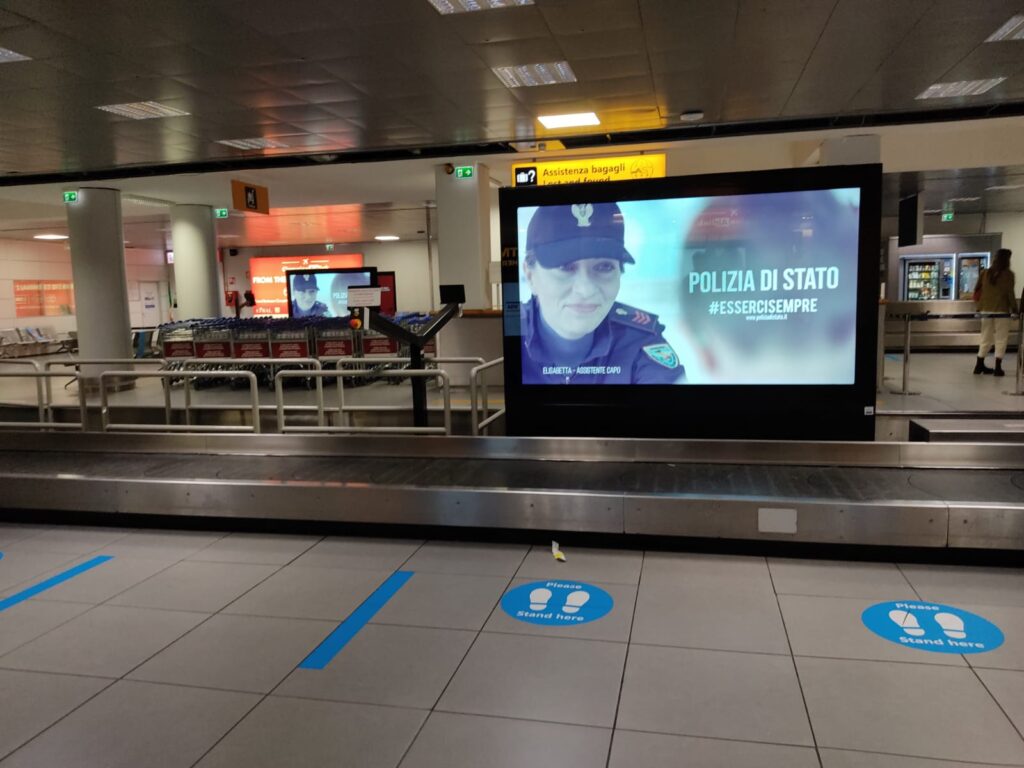 A similar scene, a bit exasperated, is the one that presents itself to travelers in the baggage claim room at Ciampino airport. The one frequented by those who board their trolleys in the holds of the aircraft arriving at the second Roman airport. The impact is Orwellian and many foreign tourists look at the images a bit curious, a bit upset: 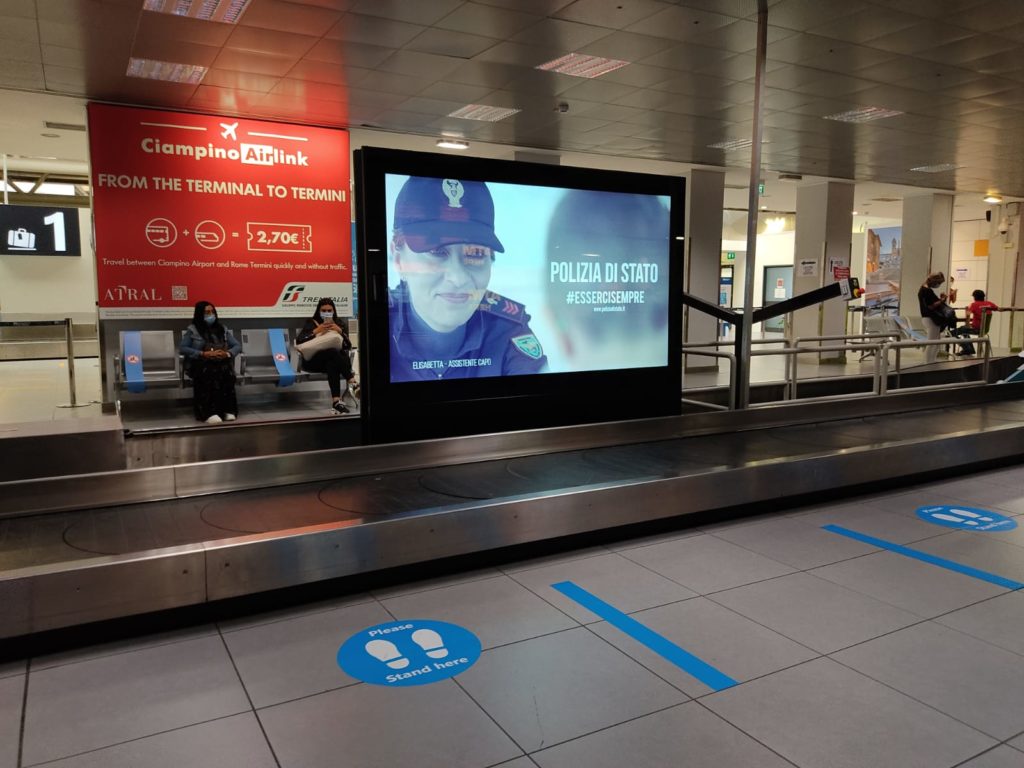 Let’s be clear: the video transmitted is not at all aggressive, quite the opposite, it offers a reassuring perspective on Italian law enforcement. On the other hand, it is also understandable that a police force wants to publicly celebrate its own anniversary: the video projected, in fact, is that of 2019 relating to the celebration of 167 years of the birth of the State Police:

Here the point is to understand whether or not it is appropriate a celebration of the public force of a country within an international airport. The airport is the first showcase of a country, a place of passage crossed by passengers from all over the world, maybe even visitors who in militarized countries and police have really lived there and from which – maybe – have also escaped. And that could legitimately ask themselves: why not transmit instead images that portray the cultural, naturalistic and artistic beauties of Italy? Why, on an evocative level, is the securitarian message of the public force preferred to that of welcoming tourists?