INCONVENIENCE FOR THE PASSENGERS OF TWO FLIGHTS BOUND FOR KALAMATA AND LANDING AT “EL.VENIZELOS” DUE TO BAD WEATHER

Problems were apparently caused by bad weather for two flights that were due to land at Kalamata airport, but the dense clouds and the bad weather that followed meant that they were unable to land and had to go to “El.Venizelos” to land, causing inconvenience for passengers who were due to land in Kalamata to start their holidays, but found themselves in Athens. 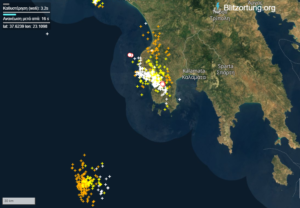 “Two Ryan & Easy flights were unable to land due to the development of high storm clouds in the approach area of Kalamata airport and landed in Athens airport. The airlines are considering how to receive the passengers. Information from the company via the ground handling operator. The airport has extended its hours to accommodate the procedure.