Most airports in Western Europe experienced a sharp drop in traffic, averaging 70%, especially since March 2020. 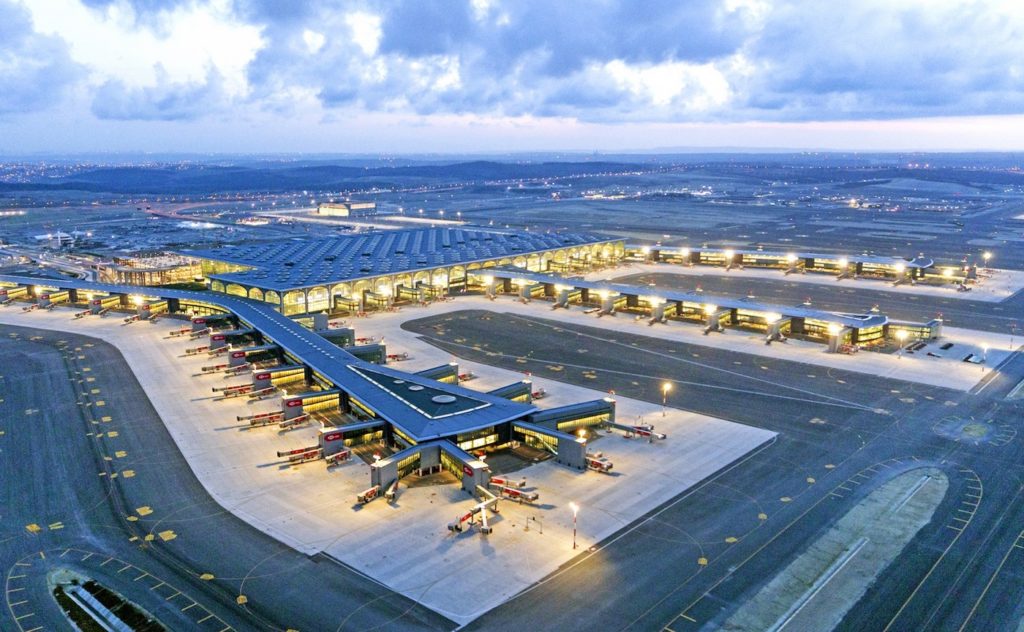 According to a Bloomberg report, Istanbul airport and Moscow airport saw the smallest decline in traffic.

Heathrow lost the top spot in 2020 due to the strict restrictive measures introduced by Union governments to deal with the rapid spread of the pandemic. Paris and Charles de Gaulle, which were in second place in 2019, appear to have overtaken Heathrow, holding a slight lead.

Most western European airports experienced a sharp drop in traffic of 70% on average, especially since March 2020.

Athens and Eleftherios Venizelos, although partially open during the summer period, saw a decline in traffic in December of 85.6% and 68.4% overall for 2020.

Turkish Airlines aircraft at their new headquarters, Istanbul Airport / AP Photos
Authorities estimate that the impressive new airport will serve 90 million passengers a year with three runways in its current phase of development, when the world’s busiest airport, that of Atlanta in the US, served 104 million travellers last year.

By 2028, the Turkish government aspires for Istanbul’s new airport to be the largest in the world.

But the huge cost has sparked opposition from a large proportion of citizens groaning under the weight of the economic crisis, high inflation and a teetering national currency. Activists complain that the huge development in the airport area has destroyed forests with unforeseen consequences for wildlife as well. While workers have complained about accidents during construction, poor working conditions, food and late payment of wages.